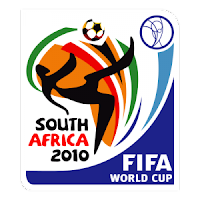 Honduras' three Palacios brothers are forever assured a place in the annals of the FIFA World Cup™. They became the first ever trio of brothers to appear at the tournament after Jerry was given a late call-up by Honduras coach Reinaldo Rueda as a replacement for the injured Julio Cesar de Leon. Jerry thus joined his two younger brothers, Jhony and Wilson, who were named in the original squad for South Africa 2010.

"We've talked about it and we're aware of how much it means," Jerry told FIFA a few hours after touching down in South Africa. "In fact, I was on the initial list of 30 players, but I didn't make the final cut. To be playing for Honduras in our first World Cup in 28 years is incredible, but being able to share it with my brothers is a gift from God, and something that our children and grandchildren will never forget."

Jerry, 28, is an attacking midfielder and plays for Hangzhou Greentown in China, while 23-year-old Jhony is a central defender for Olimpia, the current Honduran champions. The best known of the trio is 25-year-old Wilson, also an attacking midfielder, who has made his name in English football with Wigan Athletic and current side, Tottenham Hotspur.

"I was in China watching pictures from the World Cup when the phone rang. I was surprised to see that it was Wilson, and when I answered he said, 'I've got 'Profesor' Rueda here and he wants a word with you'. Naturally I felt sorry for Rambo [de Leon] because we're close friends, but at the same time I thanked God for the chance to fulfil two dreams: playing in the World Cup, and doing so with my brothers," said Jerry with a smile.

In addition to the three siblings currently in South Africa, Milton and Orfilia Palacios brought up three other children in the modest and densely-populated municipality of La Ceiba: Miriam, their only daughter; Milton Junior, who is also a footballer and even played in a couple of qualifiers for Germany 2006; and Edwin, who would now be 18.

Edwin's story is unquestionably a tragic one. Just as he was starting his career in the Honduras youth squads, he was kidnapped by criminals during a raid on the family home and subsequently murdered, despite the ransom being paid. "Edwin guides us from heaven," said an emotional Jerry. "Everything we do is for him, he is our inner strength and the source of our faith." Jerry knows that this is an extremely emotional time for his parents. "I'm sure it'll be bittersweet for my mother, but we're a strong family who believes in God and we feel that the best is always ahead," he said.

There is no doubt that Milton Palacios Senior, a former player and coach, played a major role in his sons' upbringing, both personally and from a footballing point of view. Jerry recalls an incident from his childhood: "We were playing on a sort of concrete pitch which we had at home. At one point, Milton, the eldest, fouled Wilson, who has a strong character and started a fight. My dad arrived, separated them and said to us all, 'Football is a game and you must enjoy yourselves'. Ever since, we have worked extremely hard, which is why we have had such success."

Jerry, the oldest of the trio in South Africa, tells us that despite his age, it is Wilson who unifies the brothers. "He's our leader. He has overcome many obstacles, is playing at a very high level and has had the chance to play for a major European club. This motivates Jhony and myself even more, as we have less international experience."

As the conversation draws to a close, the topic of Honduras's next match against Spain inevitably arises. "It'll be really tough, as they are still favourites despite their defeat to Switzerland. But anything can happen. When he was a boy, Wilson would say that one day he'd play for Honduras in a World Cup, and he has done just that, which shows that in life nothing is impossible."